This is how I do it

I don’t have a pre-made list, I’ve been called very “naturally gifted” when it comes to remembering names and faces, both in competition and real life (although I must admit I have a harder time with Caucasian and East-Asian elderly men for some reason, especially if they’re wearing business suits). I don’t have a lot of advice to give as I have not trained Names & Faces enough to give adequate advice. But I can tell you that I do not use locations. I tried it twice in competition achieving 154 and 128 (for 15 minute names & faces), but when I ditched using location, I got 185 at the next competition and 187 (and the world record) the time after that.

Two words per loci. I have a pre-made mindmap of frequently occurring memory competition words in Swedish. If I have a gap but I know what kind of word it is (profession, concrete noun, abstract noun) – I’ll go to my mental mindmap and look for it. It’s helped a lot, except that one time in competition I wrote prostitute instead of doctor because time was running out and doctor was further down the list of professions than prostitute.

One card system. Two cards per location. Any one card can be either a person, an action, an object or an environment. Whatever comes to mind first is what I do. Memorize the last four cards by subvocalizing them. When I’m sure I have them I start going through the deck of cards in order mentally to see which cards I know the location of and which I’m less sure of.

Numbers (including spoken numbers and binary)

2-digit system. 4 digits per location for speed numbers and spoken numbers. Again any 2-digit combination can be either a person, an action, an object or an environment.

10 digits per location for longer disciplines, where each 2-digit number is an environment, person, clothing, action and an object (in that order).

80 is a green lab (environment), the Hulk (person), is wearing tight shorts (clothing), smashing (action) a Hulk-toy (object) down into the ground.

70 is a 70’s disco club (environment), and the people are ABBA (Swedish pride, whaddup) and they’re wearing tight 70’s-esque clothing (clothing) and they are dancing (action) while holding a disco ball (object).

60 is a bat cave (environment), and Batman (person) and he’s wearing the bat suit (clothing) and running the bat mobile into (action) a cluster of bats.

50 is a rap video recording set (environment) and it’s 50 Cent (person) and he is shirtless (yes) with an assortment of chains/bling and he is wrapping plastic around (because rapping was too abstract to remember as an action) a huge bag of money (object).

40 is the set of Oprah and she is wearing a green dress and interviewing that yellow couch.

There are only about 150-160 textures to memorize. Each of those are an environment, a person an action and an object. I memorize them vertically and skip the last texture.

I had some vague understanding of what abstract images was when I entered my first competition. I improvised a lot.

Repetition/tempo: Slower the first two pages, and then speed up with the last page sometimes taking only two minutes. No repetition.

I’ve got a PEAO-system with around ~150 people. I’ve memorized 150 textures and they all mean different things, or I improvise if I can’t recall what it is or if the ink is really bad and hard to read. The first slot is a person, the second slot is the environment, the third slot is an action and the fourth slot is an object. I skip the fifth one. I trust that my mind is fast enough that I’ve made sure the last image isn’t a repeating texture. If it’s a repeating texture I make a little story with the shapes, unique enough that I immediately see the story when I see two repeating textures on one line.

Extra: It seems to work better when you see the whole line as one unit, like when you read. When you’re reading in a language you’re fairly fluent in, you (hopefully) don’t read each word individually but rather have some sort of feeling for what the next words will b. For those who read more than 300 wpm, you probably read chunks of words at a time even.

Two images per location. Subvocalize the last four images until I have it, then start going through the rest of the 26 images in my mind before putting them in order.

Modern woman, doing everything from hunting with eagles and riding on the steppe to watching Netflix and procrastinating on my art history homework. World record holder in memory. Devoted fan of languages, fruit and archery.

The #1 Female Memory Champion of the World

Hi there! My name is Yanjaa and I like memorizing long strings of binary for fun! Something I love showing off at parties! No, not really though. Good thing I'm good at making hot dogs. Which I bring to said parties. Where I will remember everyone's name. See. You need memory for everything. Including, knowing when to stop writing about yourself. Now, read onwards to know how I can help you! 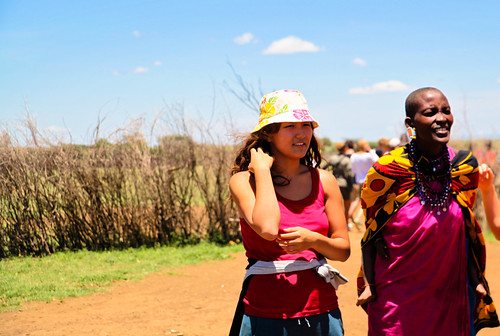 TL:DR my first 22 years of life so far - born in Mongolia, parents split. One went to Stockholm, the other to Tokyo. Grew up between those three places (+ one year at a boarding school in Kenya). Stumbled upon memory sports in 2014, was on the World Memory Championship Team that year and got the world record for remembering names and faces the following year (187 in 15 minutes).

So all of that said. Trust me on the memory stuff. I shall be the Gandalf to your Frodo, Yoda to your Luke, Dumbledore to your Potter. Ketchup to your fast food. Trust me. I know memory.

Here on EverythingMemory.com I'm just testing out posting about anything and everything that I find interesting about memory, links to useful sites/tools to improve your memory as well as what's going on in the world of memory sports, research and mucho más.